Service Login
No products in the cart
€ 150.00 Left to free shipping!

Stories about companies can easily become cold descriptions of hard facts. Of course, we can give you those if you want them. But this is about so much more than that. This is the story of why we do what we do

It all started with one man and his idea

In 1866, Alexis Westerdahl stepped off a train at Gemla station with a single grand vision: that ordinary kids should have access to real toys. Within a few decades, he'd made that vision a reality. There was a flowering of toy factories in the area. One of them had been established by Aron Johansson and two of his companions. They ran their company for almost three decades before selling it on. 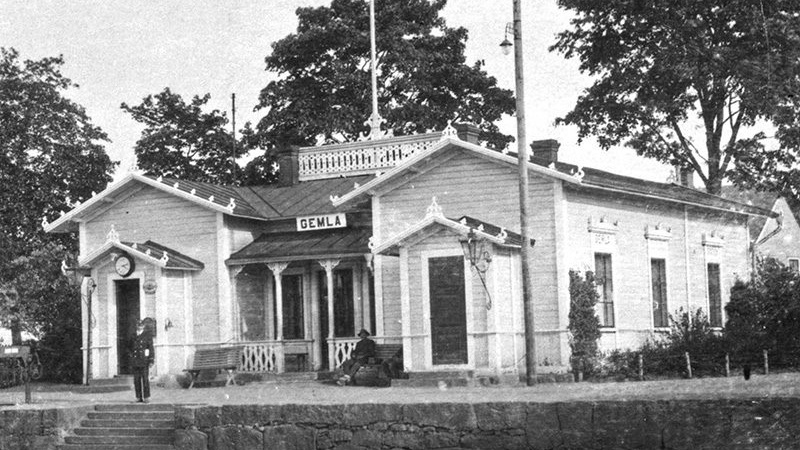 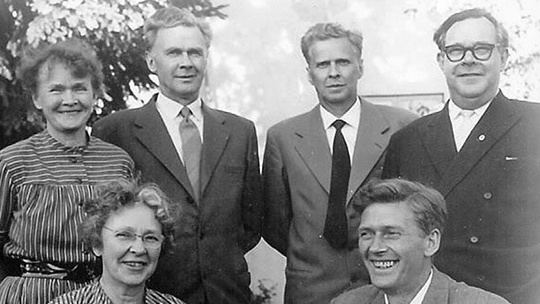 Aron and his wife Kristina had six children, all of whom received the surname Aronsson. The eldest son was Georg, who, in 1944, was working as a travelling bookseller. Georg’s work left him uninspired. He’d grown up surrounded by toys, and his dream was to return to the world of play. To succeed, he needed to create a toy that didn’t cost a great deal to produce, but still stood out from the crowd. In that toy, he saw his future. 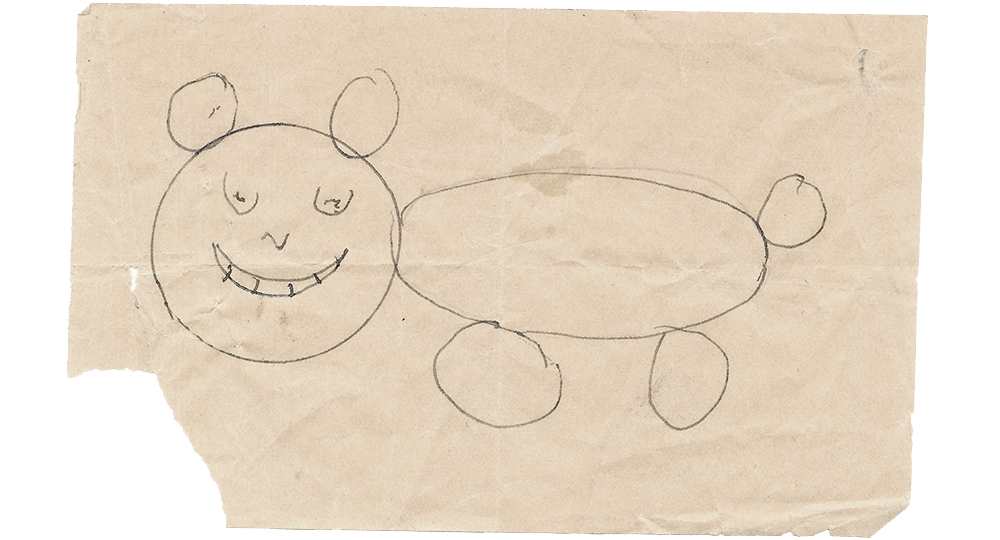 Another round over here, please!

One night, when he was staying at Jönköping’s Stora Hotellet hotel, Georg met someone who introduced himself as an artist. Later that evening, it became clear that this man had significantly more strings to his bow. After just a few schnapps, he addressed Georg Aronsson's concerns. >The waitress on duty that evening lent the pair her notepad and served them another round of drinks. Soon, the table was strewn with crazy creative sketches. Cheered on by Georg, who shared his knowledge of what it would take to make a unique toy that could be manufactured with minimal investment, the artist got to work. 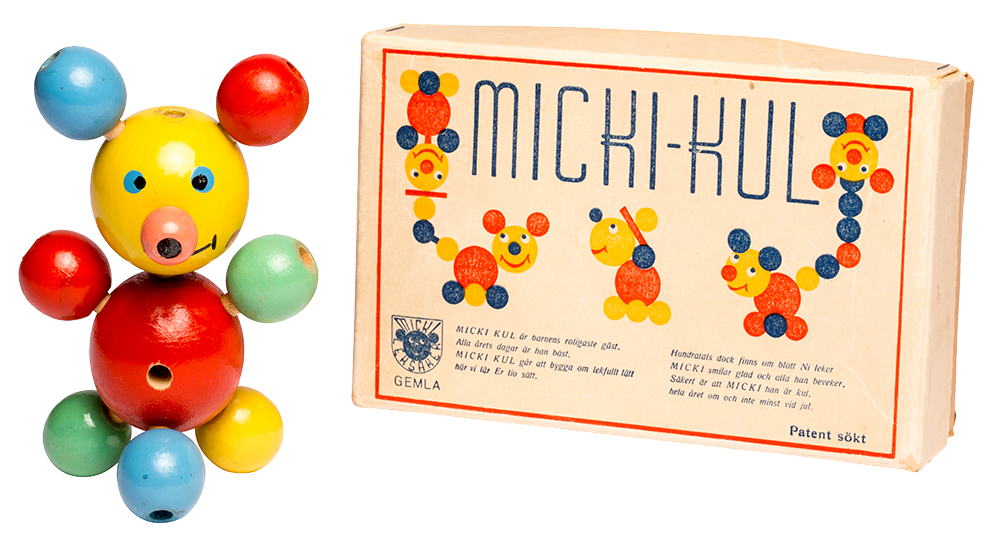 A long and heated discussion

Back at his childhood home in Gemla, Georg told his siblings about his plan. The sketches from the hotel, all scrawled on the notepad by a man under the influence, were his only evidence, but he explained what the toy could represent. It was his idea for a common future.  The discussion was long and heated, but little by little, things started to come together. The miracle product would be called Micki-Kul.

Now all they had to do was sell it.

The first sales trip, to Hestra, Sweden, had to be cancelled, because the prototype was damaged. The second was going well, until the dream customer, Turitz’s Mr. Otterdahl, fell ill and ended up in Gothenburg Hospital, unable to meet the team.  Probably influenced by Georg's famous charm, Otterdahl’s secretary arranged for the first copy of Micki-Kul to be sent to her boss’s hospital bed.   He ordered 10,000 right there and then. And before Georg had made it home, the number had doubled! The Aronssons finally had an order, and it was enormous. But they had no production facility, only an empty barn with no electricity. It was chaos. But it was organised. And it was wonderful.

The foundation of Micki's success was product development. They were clever manufacturers with a unique playfulness, and they were constantly coming up with new ideas. The pretzels on Göta Aronsson's coffee table were always accompanied by new prototypes and models. Then came the springs. Suddenly, toy cars and boats could move without having to be pushed along. Wooden trains from America started speeding along like comets. Micki’s exports started to pick up. 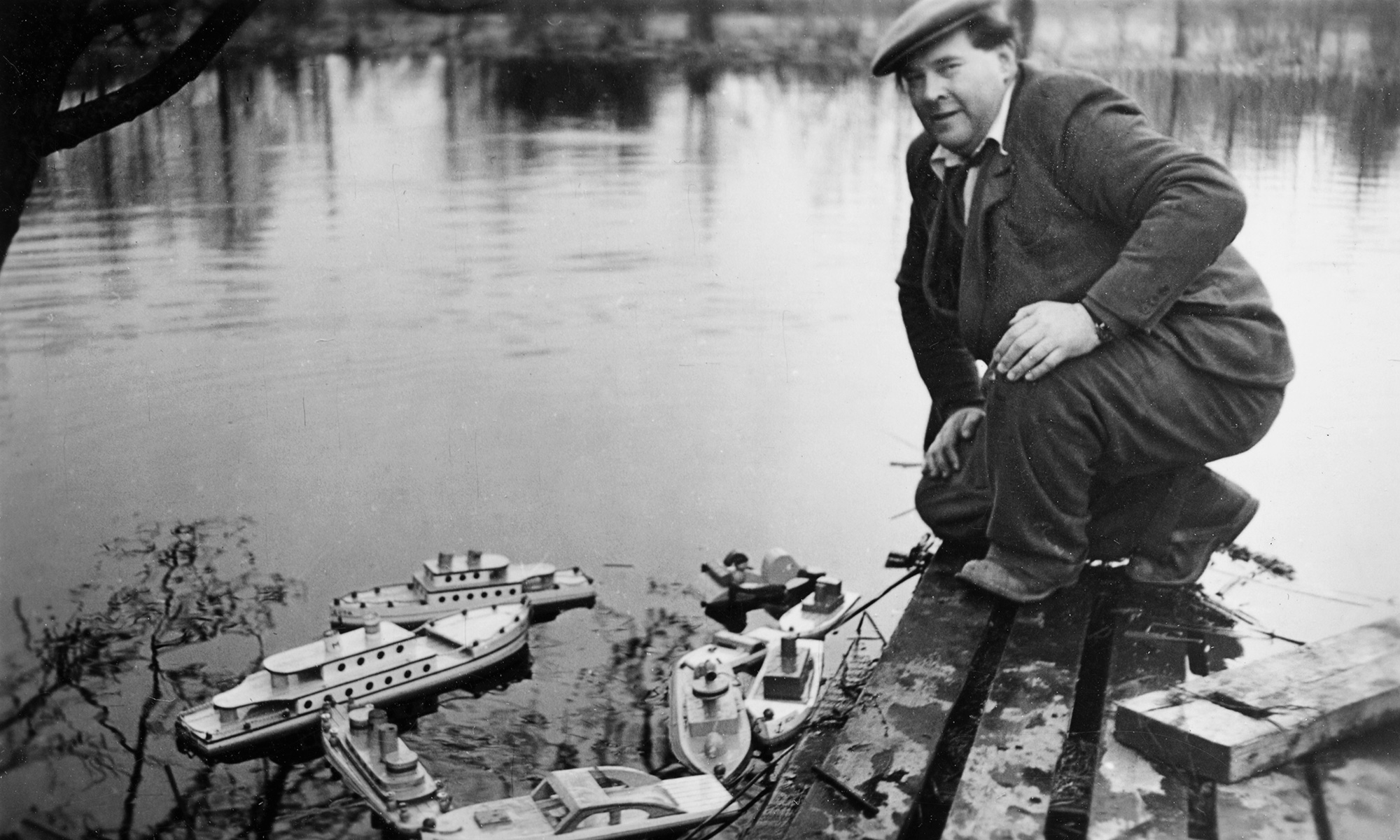 With IKEA came a completely different way of manufacturing toys in Sweden, with much larger levels of production, and many fewer human hands. All that was done in order to with-stand competition from manufacturers in other countries.   Against that backdrop, Micki Toys went through an intense period of learning and transformation. By the time IKEA was fully formed, a new philosophy was built into Micki’s walls.  That philosophy was the realisation that toy production doesn’t always require one’s own factories and machines.

In the early 90s, Micki Toys won the license to produce toys inspired by the world's strongest girl, Pippi Longstocking, as popular a character today as she was back then. It was with Pippi that the success of our popular licensed Micki toys began. Since then, we’ve added Bamse, the Babblarna, and other characters to our collection.

A few years later, in 1997, Micki acquired the classic Swedish brand, Lundby. The Micki toy range now included Lundby’s traditional doll’s houses, which have been in production since 1947. The range grew even more dramatically a few years later when Magtoys was acquired, too. At that time, one of the things we added to our range was the Skrållan talking doll.

In 2021 the Micki company is buying Rubens Barn. The Micki range is expanding with Rubens Barn's unique handmade fabric dolls. Micki and Rubens Barn will create developing, sustainable play for children all over the world, together.

Once upon a time, there was a beautiful, white house. In the kitchen stood a happy woman surrounded by her laughing brothers. On the coffee table, there were coffee cups, pretzels, and toys. Together, the woman and her brothers owned a small factory where they made toys. Every time they made a new toy, they placed it on the table to look at and play with. At first, everyone would stay silent and pretend to be sensible. But then came the laughter. Because even though they were adults, and liked to think they were wise, the woman and her brothers loved toys. And they knew exactly what toys could bring to people’s lives. This happened in the small country of Sweden. The world’s wars were over and everyone was doing ok. Toys were readily available for all children. Almost. The more time passed, the more that "almost" started to make its presence felt. The company was bigger now, and was run by new generations of the family. But these new generations still knew what toys could bring to people’s lives. And they used all their knowledge to create more laughter. They were successful. Their ideas, collaborations, and research produced good results. But that “almost” was still there. The new generations wanted to do as much as they could to make toys available for all children.